Yoon-Suin by David McGrogan from Monsters and Manuals 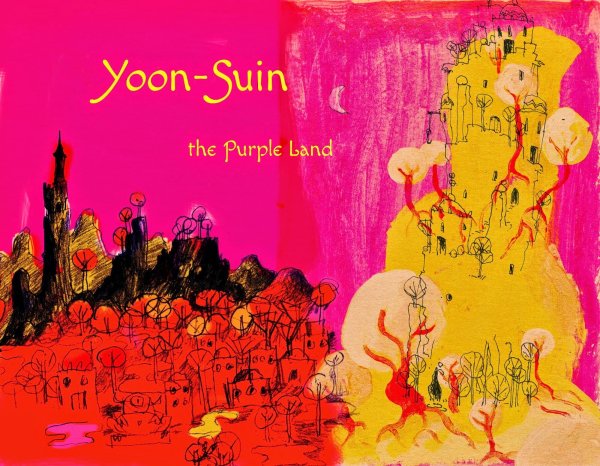 Yoon-Suin is tea and opium, sunset over the Yellow City, melancholy and a sense of stillness and still stand, slug-men and cockroach herders, impregnable high mountains and dangerous lush jungles, ghosts and demons, and being a foreigner in a strange land.

Seldom have I seen such an evocative setting. The oriental/Asian flair makes this stand out from all those vanilla fantasy material. It's like David McGrogan, the author, took Arabian, Indian and Chinese/Tibetan tales and spun them into a vibrant tapestry.

Life is cheap in the ancient Yellow City. The highest caste, the slug-men, are well-educated, rich and cruel. Humans are divided into castes, from warriors, merchants and sailors to the lowest rank, the cockroach herders.

To the west of Yoon-Suin lies Làhàg, the haunted jungle and the Hundred Kingdoms, and to the south the Topaz Isles and the Gulf of Morays, home of the Dragon and the asinine crab-men. To the north lies Lamarakh, the God River forest, where nomadic boat people live and farther even is the Oligarchies and then Sughd, Syr Darya, the Mountains of the Moon and Upper Druk Yul where the ancient dragons live. Finally, to the west is Lower Druk Yul, the home of the grasshopper-men.

The book has a really unusual format, 9x7. It's a good choice for this kind of book but doesn't fit into my bookshelf. The illustrations by Matthew Adams are gorgeous in a spindly/scribbles style.

You'll get over 300 pages of material. There's a bestiary of 42 pages, unfortunately without artwork. Players can choose between human, dwarf, slug-man or crab-man (new class).

David McGrogan's writing style immediately draws you in. At the beginning of the book is a great introduction into the setting, written from the point of view of a scholar who traveled Yoon-Suin and its surrounding lands.

The book gives you tons of tools to create your own setting. In fact, it embraces the sandbox style fully and has an abundance of random generators which help you to come up with hex map contents, random encounters, personalities, NPCs, rumors, hooks and more. I absolutely love the idea of creating my own poisons, teas and opium.

No Yoon-Suin campaign will be the same. There is no default setting. The intro text sets the stage and gives you a frame within the GM can play with the random generators.

There are 4 main points of interest where a campaign can start:

Every mini-setting comes with tons of tables, generators, sites of interest etc..

I find it interesting that the last setting which excited me that much was Strange Stars (aff) by Trey Causey (review here). He uses a completely different style. He paints his setting in broad strokes, gives brief descriptions and snippets full of flavor and fluff. But it's a minimalist approach, with lots of room to flesh out your own world on your own.

So while the two approaches are very divergent, they still achieve the same goal: a sense of wonder and enthusiasm for me, the reader and GM. Both products make me WANT to play in these settings as they are so rich and full of color.

The product succeeds at being a sandbox toolkit for old school role-playing games.

It offers clear guidance on how to create your own setting with use of the thousands of generators, a bestiary, pre-generated adventure locales etc.

Yoon-Suin really differs from your run-of-the-mill fantasy setting and it is carefully crafted, vibrant and something new and fresh. It has slug-men, opium dens & dragons and that works.

Minimal prep, at least not for the initial setup. Yoon-Suin is a traditional OSR toolkit in this regard. Ok, this doesn't really count as a criticism but if you ponder buying it you should know it.

The maps in the print version are a bit blurry and hard to read as they are originally in color, but the book is black and white. The PDF resolution is much sharper and the maps are in color (but the rest is black and white as well). The book could use more art. The stuff by Matthew Adams is pretty awesome, but there's simply not enough in it. I would have appreciated illustrations of the bestiary.

Sometimes the foreign names and foreign mythology (for a Western reader) makes the book difficult to read because you don't immediately know what, let's say, a Chu-srin is. So you'll need to flip back and re-read stuff.

The book doesn't fit into my shelf.

Disclaimer: I received a free PDF copy for reviewing purposes from the author. I bought the print edition with my own money.